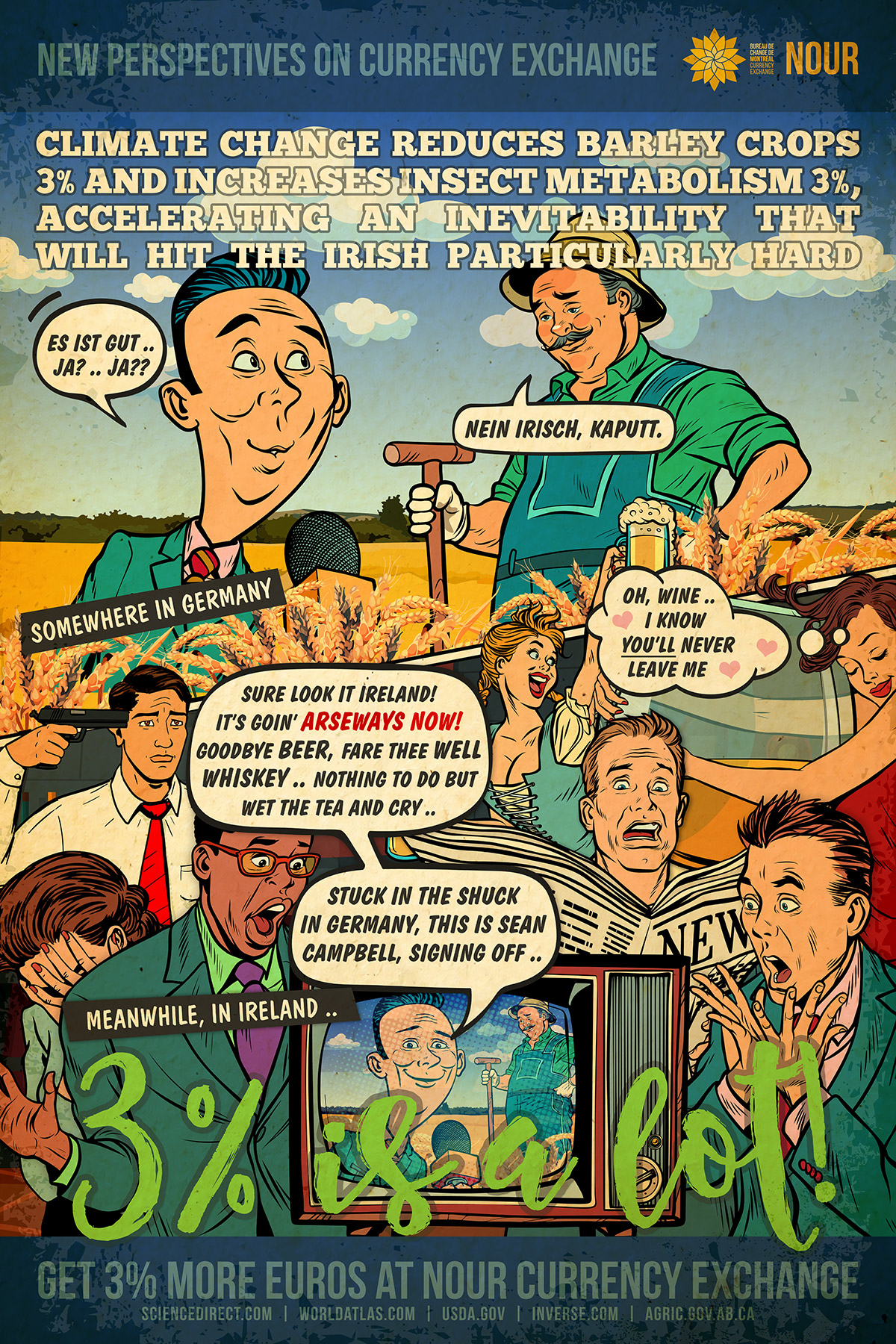 Malted barley gives beer its flavour and despite being a relatively tough grain, if the temperature is too high or if there isn’t enough water, the malt can not be extracted. If this isn’t enough to raise the heads of climate-concious beer and whiskey drinkers alike, we must also consider that barley goes more to feeding livestock than to breweries and when push comes to shove, will lose out to livestock every time.

Estimates suggest that changes would include a 32% decrease in consumption in Argentina as they opt for wine over beer, and increases in price such as +193% in Ireland, where culture and habit have defined fairly clearly where their barley goes.

Climate change heat kills at least 3% of barley, but on average, the additional impact from insects adds a 3% reduction in crop yield for every degree C increase in temperature, which is about half estimated impact of temperature change on crop yields. Bugs living in warm locales can handle higher temperatures, and already operating at a higher metabolism, however bugs native to temperate and colder environments will be most affected by climate change, so crops in Europe, North America and Asia will be effected the most. And of course, as pests become more of a problem, farmers may use more pesticides, which comes with its own problems.