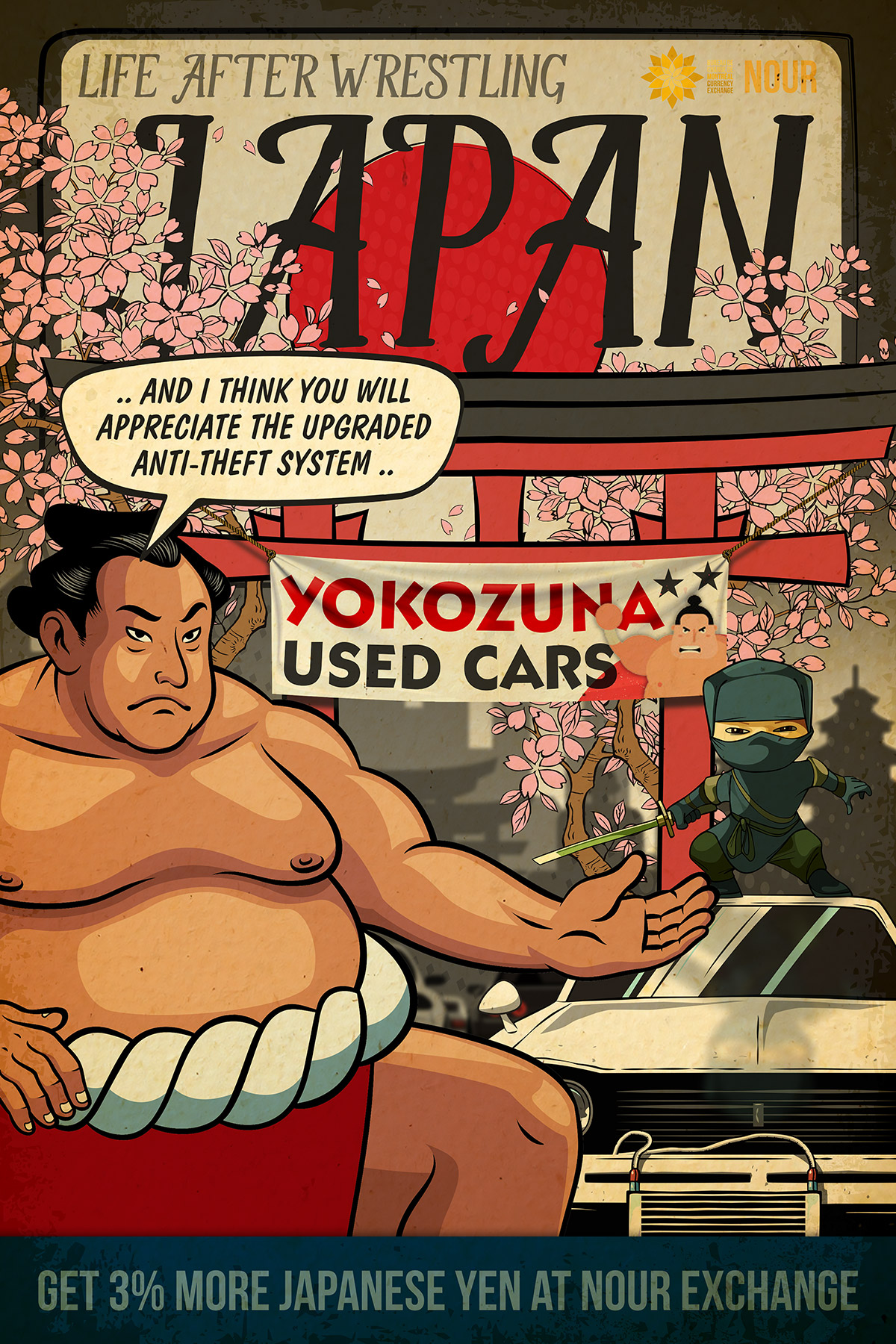 There is an endless list of interesting features of Japan and Japanese culture and tradition, however throughout our research, we just couldn’t shake the curiosity surrounding Sumo wrestlers, and what they do with their time after they retire.

If they are lucky, they will enjoy a twenty year career that started at the age of 15, so what does a 400lb thirty-five year old man do who’s routine has been regulated from the start of the day to the end for their entire adult life? Many have turned to the service industry, primarily, restaurants, which seems a reasonable shift as one of the many skills taught to Sumo is the art of cooking. Others have opened a bar, become pop singers and even to stand-up comedy.

Sumo, which means “striking one another”, is full-contact wrestling where a wrestler (rikishi) tries to force his opponent out of a circled area (dohyō), OR by forcing them to touch the ground with any part of their body other than their feet. The negative health effects of being a Sumo wrestler has created an average life expectancy of between sixty and sixty-five, an age which is easily ten years shorter than the average lifespan of a Japanese male. Many develop type-two diabetes, high blood pressure, and heart attacks due to their enormous body mass from the fat they gain. Their excess weight can cause arthritis, and the excessive alcohol consumption doesn’t help, which leads to liver problems. The standards for weight gain are becoming less strict, in an effort to improve the overall health of the wrestlers.

Yokozuna (horizontal rope) is the highest rank in Sumo and refers to the most visible symbol of their rank, the rope (tsuna) worn around the waist (and not the one subsequently holding up the sign) and, which may weigh up to 20 kilograms (44 lb), is not used during the matches, but worn during an entrance ceremony, kind of like when WWE wrestlers enter the stadium, but with dignity. Yokozuna are the public face of Sumo and the way they conduct themselves is highly scrutinized, as it is seen as reflecting on the image of Sumo as a whole. As of January 2017, a total of 72 Sumo wrestlers have earned the rank of Yokozuna.

Discover things to do in Japan that would be covered by the savings difference from using Nour to exchange your Japanese Yen.