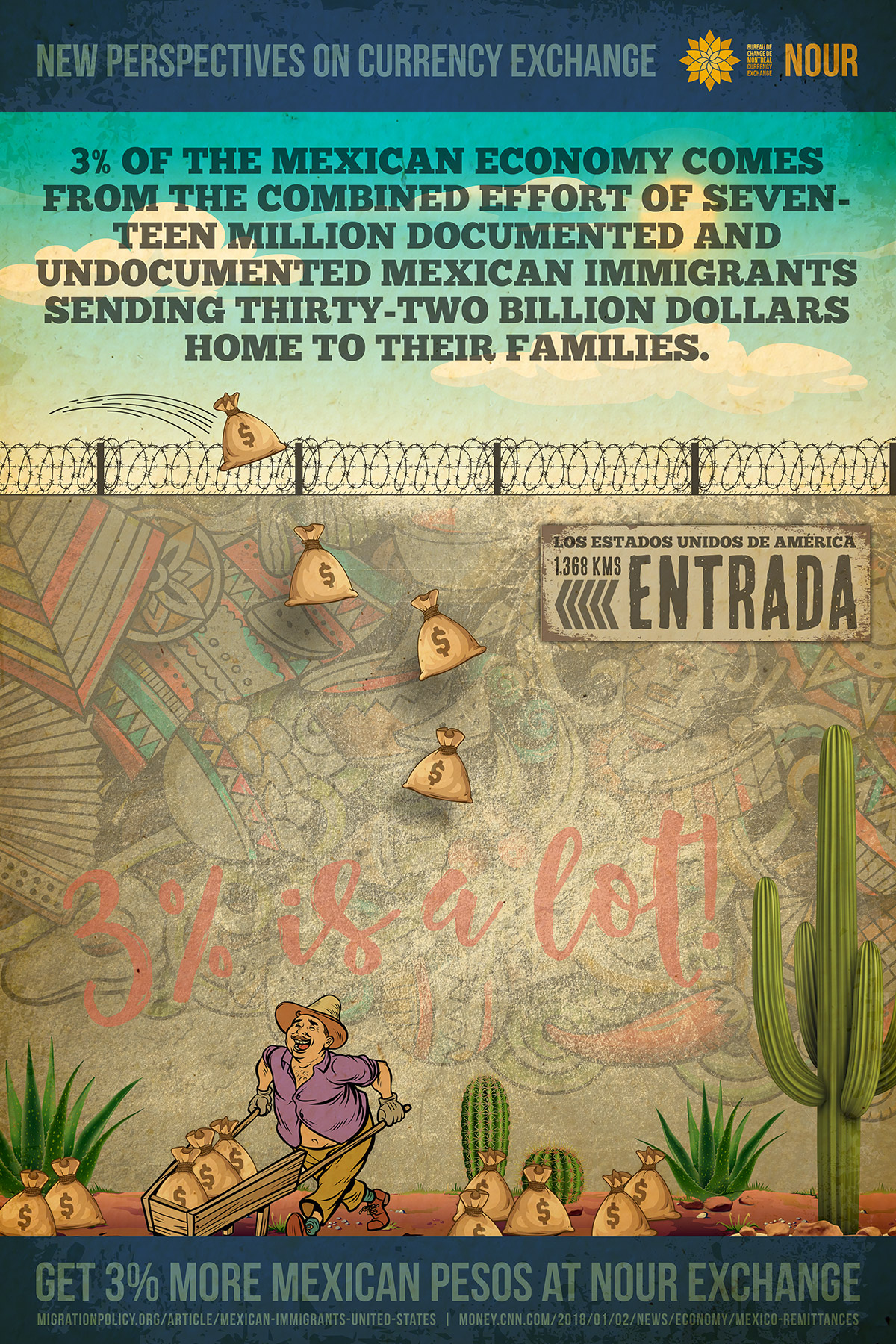 Both groups of documented, and undocumented Mexicans working in the United States sent home a record $32.8 billion in 2018, a revenue stream that outpaced both Tourism and Oil Exports. Trump has since threatened to tax money sent to Mexico, to pay for his proposed border wall, despite being unfair, for some of Mexico’s poorest people it is a major, if not singular source of income and reducing it will just increase poverty and even contribute to the urgency to emigrate.

A misconception about undocumented immigrants is that they don’t pay income tax, but the reality is that undocumented immigrants do pay, and incentivized to do so. Estimates suggest half of undocumented workers file returns. The IRS receives over 4 million returns without a Social Security number, yet they paid around $23.6 billion in income tax, despite paying for benefits they can’t use, like Social Security and Medicare. Their purpose is to create a paper trail showing when they entered the country and how long they’ve been paying tax, hoping it will help them get legal status one day. This isn’t wishful thinking, Immigration favours applicants who have made the effort to participate in the financial obligations that come with American citizenship.

The IRS estimates that undocumented workers also pay about $9 billion in payroll taxes annually, which goes to many services unavailable to them. The Mexican-American immigrant population is currently around 11.3 million or 25 percent of the 44.5 million immigrants, and approximately 6 million of the undocumented immigrants, roughly half the estimated total of 11.7 million.

If Nour handled the currency exchanges, the benefit to the recipients would be an extra 3%, or $984 million dollars, or 0.08% of the Mexican economy. Discover things to do in Mexico that could be paid for with the savings from exchanging your currency with Nour Currency Exchange.