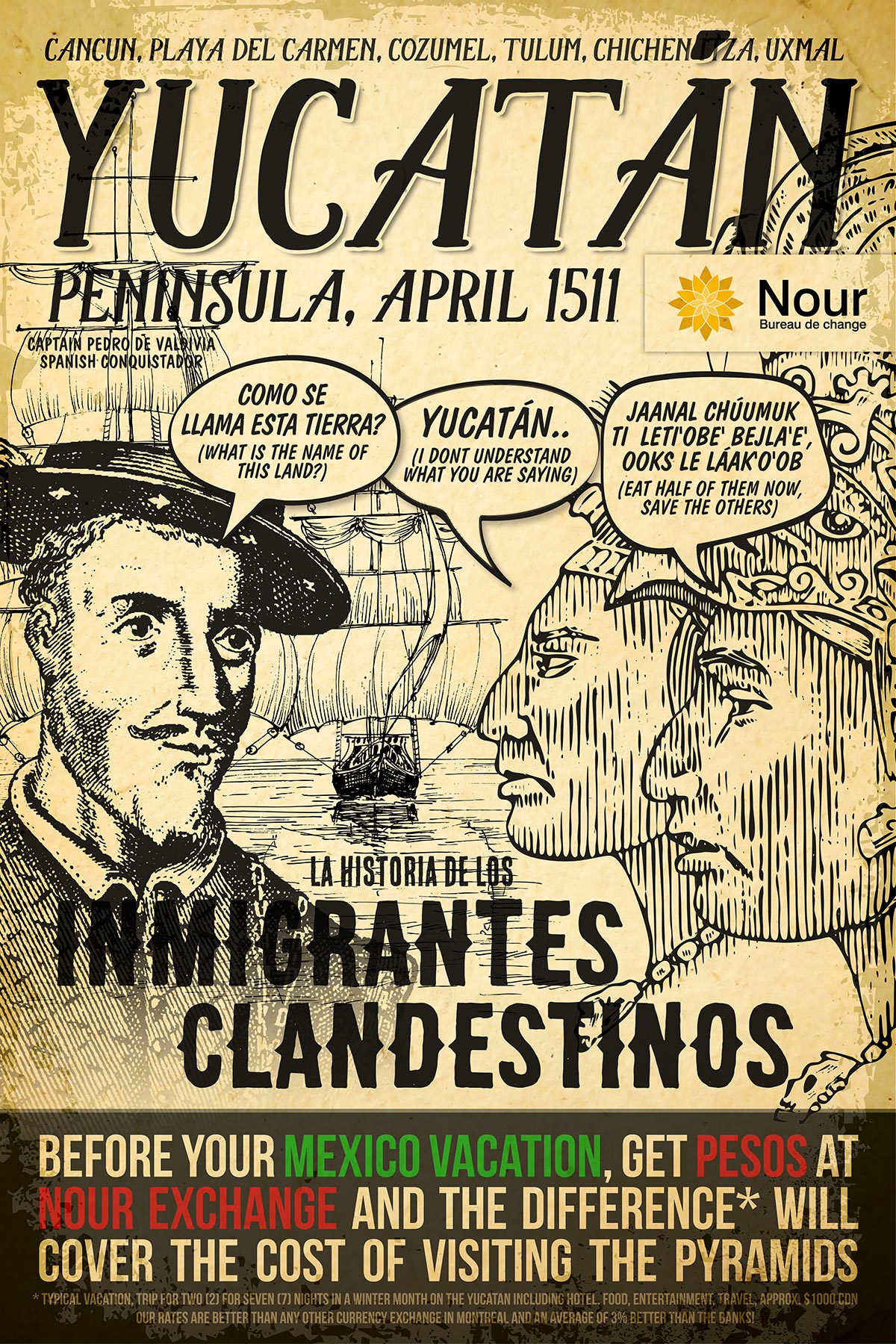 We spent a lot of time researching Mexico, and discovered many interesting aspects of the country and the culture and the history, however few seemed a potential target of a marketing poster, save for one; that “Yucatan” is Mayan for “I have no idea what you are saying“. This of course, made us wonder, just how that first conversation must have gone.

The first recorded contact between Europeans and the Maya was on July 30, 1502 when Christopher Columbus arrived at the coast of Honduras. He sent his brother Bartholomew to scout the island when he came across a Maya trading canoe, perhaps from the “Yucatan”, a discovery made when the inevitable was asked “Where are you from?”. But since this event didn’t occur on the Peninsula, it didn’t seem like the appropriate first time for them to have connected “Yucatan” with the Peninsula.

So, we move to 1511 when the Santa María de la Barca set sail along the Central American coast under Captain Pedro de Valdivia, where it hit a reef, and yadda, yadda, yadda, they were captured by Halach Uinik, a Maya lord. We feel that it would have been at this encounter when the captain would have said “Where are we?” and heard “Yucatán?”.

Captain Vildivia was sacrificed and much the crew served up at a feast, with two of the crew, Aguilar and Guerrero held prisoner and fattened for killing later. Accompanied by the remaining crew, they managed to escape, but into the hands of a neighbouring enemy lord who took them as slaves. However, word did get back to Christopher Columbus that they had lost the crew on the “Yucatan”.

The calculation was based on a typical, but frugal, Mexico vacation; a trip for two (2) for seven (7) nights in a winter month on the Yucatan Peninsula, including hotel. food, entertainment, local travel, bottled water and other small items, Approx. $1,000 CDN. Check out some fun Mexico activities.