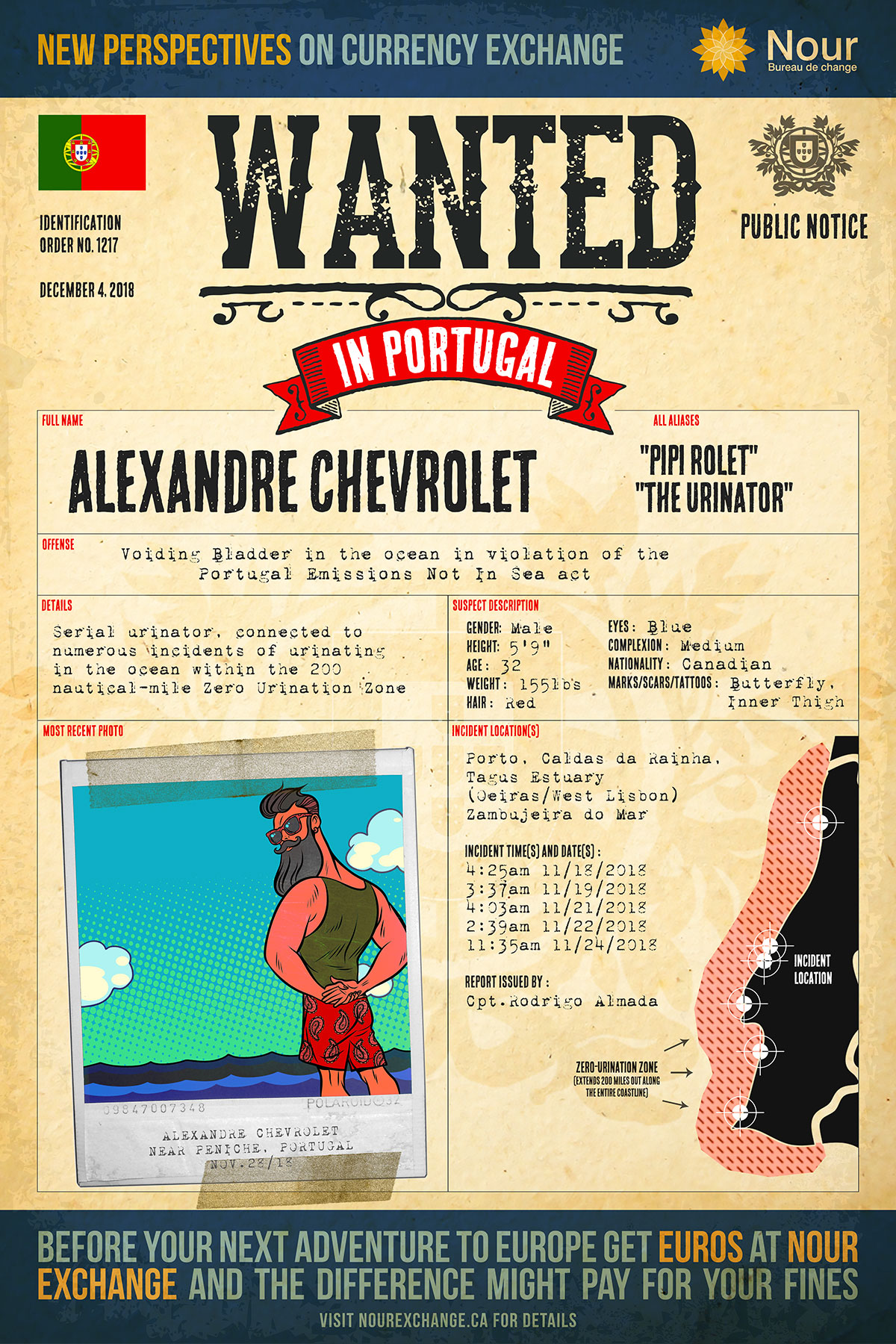 The first in our new “Wanted” series of posters, born when we started researching Portugal as a destination for a Euro traveler. You can’t control what you stumble into and it didn’t take much arm-twisting to make this a new series – strange things for which you can be fined or arrested.

It is, apparently, against the law to urinate in the ocean in Portugal. So we took it to the extreme, leaning on the United Nations Convention on the Law of the Sea, signed in 1982, which recognized “Exclusive Economic Zones extending 200 nautical miles from the baseline, where coastal States have sovereign rights to the water column and sea floor”.

The benefit of exchanging for Euros at Nour Exchange is that, because of our amazing exchange rates, the extra money you’ll get at Nour will be enough to pay for some fine for doing something that you had no idea was illegal. We’re talking infractions and light rule-breaking. If you spray-paint the wall of a sacred building, you’re on your own.

If you manage to not get caught peeing in the ocean, then use the 3% extra Euros you received using Nour Currency Exchange to treat yourself to something on our Portugal Travel page.